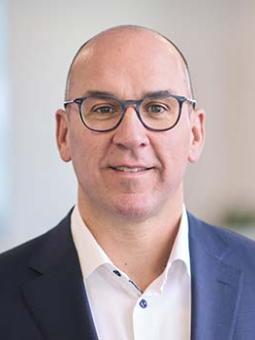 Joe Horvat is a global executive with more than 25 years of successful leadership, early development and commercialization experience in both small biotech and large pharmaceutical organizations. He joined MorphoSys, U.S. Inc. as General Manager in May 2021.

Previously, Joe was CEO of Oncopeptides Inc. (North America subsidiary of Oncopeptides AB) where he built a North America infrastructure and assembled a high performing team that accelerated plans to be launch ready in less than a year.  Joe also spent over nine years at EMD Serono (U.S. Subsidiary of Merck KGaA of Darmstadt Germany) in various roles of increasing responsibility including leading the launch of the organization’s first global product (Bavencio®) and building EMD Serono’s first oncology commercial footprint. He also spent over a decade of his early career at Bristol-Myers Squibb in global, U.S. and international marketing roles across various therapeutic areas, including cardiovascular, neuroscience and oncology. Joe has developed a solid track record that spans infrastructure building, general management, business development support, commercialization across all stages, marketing, and sales.

Joe holds a Bachelor of Science in Specialization in Neuropsychology from the University of Alberta.