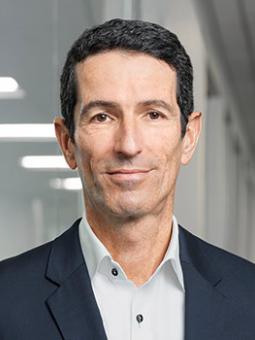 As a trained physician, Jean-Paul Kress has devoted his career to bringing transformative medicines to patients. Since joining MorphoSys as CEO in September 2019, he has strategically repositioned the company from a leading antibody technology provider to a global, commercial-stage biopharmaceutical company with a strong late-stage pipeline. As part of this evolution, the company launched its first medicine in the U.S. – an immunotherapy for an aggressive form of blood cancer – and significantly enriched its pipeline through the acquisition of Constellation Pharmaceuticals in 2021. In addition to his work at MorphoSys, Jean-Paul serves as Chair of the Board of Directors at the listed company ERYTECH Pharma.

Prior to MorphoSys, Jean-Paul was CEO of Syntimmune where he oversaw the company’s transformation to a late-stage development immunology company, resulting in its acquisition by Alexion. He held several senior leadership roles at pharmaceutical companies, including EVP, President of International and Head of Global Therapeutic Operations at Biogen, and SVP, Head of North America at Sanofi Genzyme, where he was instrumental in launching Dupilumab, the first biologic agent approved in atopic dermatitis. Previously, he was President and Chief Executive Officer of Sanofi Pasteur MSD and held leadership positions at Gilead, AbbVie and Eli Lilly and Company. He also served on Sarepta Therapeutics’ Board of Directors.

Jean-Paul received an M.D. degree from Faculté Necker-Enfants Malades in Paris, and graduate and post-graduate degrees in biochemistry and in molecular and cellular pharmacology from Ecole Normale Supérieure in Paris.